Although Pride Month has drawn to a close, it is important that employers provide a safe space to support LGBTQ+ employees year-round. A number of studies aggregated by the Williams Institute on Sexual Orientation Law and Public Policy show that anywhere from 15 to 43 percent of gay people have experienced discrimination and/or harassment on the job. Even worse, a staggering 90 percent of transgender employees report some form of workplace harassment or mistreatment. These figures are even higher for those identifying as LGBTQ+ people of color.

According to a recent Supreme Court ruling on Title VII, same-sex harassment and discrimination is considered sex discrimination and is therefore illegal under federal law. While hatred and homophobia have no place in our workspaces (nor in our society as a whole), unconscious bias or misinterpretation may present issues for employers and employees alike. This article can help employers understand and avoid discrimination on the basis of sexual orientation and gender identity.

Title VII of the Civil Rights Act of 1964 protects certain classes of employees from discrimination, including termination, based on race, color, religion, sex, national origin, familial status, and disability. Just last year, on June 15, 2020, the Supreme Court found that while Title VII does not explicitly list sexual orientation as a protected class, employment discrimination against LGBTQ+ employees falls under the definition of sex discrimination, as one’s sexual orientation unavoidably involves one’s sex. Further, union contracts may provide additional protection to LGBTQ+ employees on account of their legal enforceability in all states.

This means that employers must be cautious that decisions about employment are untouched by potential discriminatory biases against members of the LGBTQ+ community. The consequences, beyond an unproductive and unkind work environment for some employees, could include legal action.

Because the scope of Title VII extends to protect LGTBQ+ employees from discrimination, firing an employee on the basis of their sexual orientation is illegal and may merit a lawsuit. If you are an employee who feels that they have been wrongfully terminated or an employer facing a wrongful termination suit, head over to our website to find and chat with an employment lawyer.

Discrimination is not always obvious and, in some cases, may even be unintentional. For example, employers may not even consider an issue like accessibility to LGBTQ-specific healthcare when making big-picture decisions. Hence, to keep business decisions untouched by potential discriminatory biases, it is important to identify and address various forms of workplace LGBTQ+ discrimination. Good contract language may even include these explicitly.

Here are some examples of discrimination according to the nonprofit Pride at Work:

According to the General Social Survey (GSS), a nationally representative survey on American social trends by the University of Chicago, 16% of lesbian, gay, and bisexual people reported having lost a job due to their sexual orientation. Further, new data on the COVID-19 pandemic found that LGBTQ+ people were 36% more likely to be laid off or have their hours reduced than the general population. Discriminatory firing is illegal and may result in a wrongful termination suit.

b. Denying promotions and hiring

As mentioned above, interpersonal harassment is a common problem for LGBTQ+ employees. Examples of harassment may include inappropriate jokes, name-calling and slurs, and offensive comments about someone’s identity. As an employer, you should work hard to ensure your place of work is free from toxicity and hatred-driven conflict.

As the visibility of transgender identity within the LGBTQ community has increased over the past few years, it has become clear that transgender people face a unique set of challenges. One critical way to create a supportive and encouraging environment is to understand these specific challenges, including allowing transgender employees to use the bathrooms where they feel most comfortable.

LGBTQ+ people may have different healthcare needs from their straight coworkers. Health plans must meet the needs of LGBTQ+ employees, from covering gender transition-related care to covering HIV prevention and treatment.

f. Fear of coming out

According to the GSS, one-third (33%) of LGB employees were not open about their sexual orientation to anyone in the workplace. A staggering 53% of respondents to the USTS who had a job in the past year reported hiding their gender identity at work to avoid discrimination.

Workplaces function most efficiently and healthily when employees feel as though they can bring their whole selves to work, and placing extra emphasis on supporting LGBTQ+ employees may be the key to a business in which all employees can thrive.

After reading about the intensity and prevalence of anti-LGBTQ+ discrimination, employers may be interested in helping their LGBTQ+ employees feel safe and supported in the workplace. Here are some tips to make sure your workplace is undeniably nontoxic for all employees.

a. Develop a clear mission for supporting LGBTQ+ in the workplace

Employers should communicate a clear mission to all employees, including managers and senior staff, regarding their inclusion policies and strategies for supporting LGBTQ+ employees. Such a mission should be executed through education and diversity training.

Employers should establish a strong anti-discrimination policy in recruitment & promotion practices, and be sure all employees know what is not tolerated in the workplace, and in cases of homophobic harassment, employers should promptly recognize the problem and take action.

Creating opportunities for mentoring, employee networking, and conferences all go a long way in creating a more inclusive place to work. Employers can also support employees with measures such as climate surveys, LGBTQ+ competency training, and employee resource groups (ERGs). Having an open and consistent dialogue with your LGBTQ+ resource group(s) will improve employee engagement, benefit company culture, and provide valuable information on ways to further create a safe space in the workplace.

Employers can show their support for the local LGBTQ+ community by providing information to employees about local events and groups, celebrating National Coming Out Day, encouraging volunteering at LGBTQ+ events like Pride Month, and inviting speakers to share their experiences. 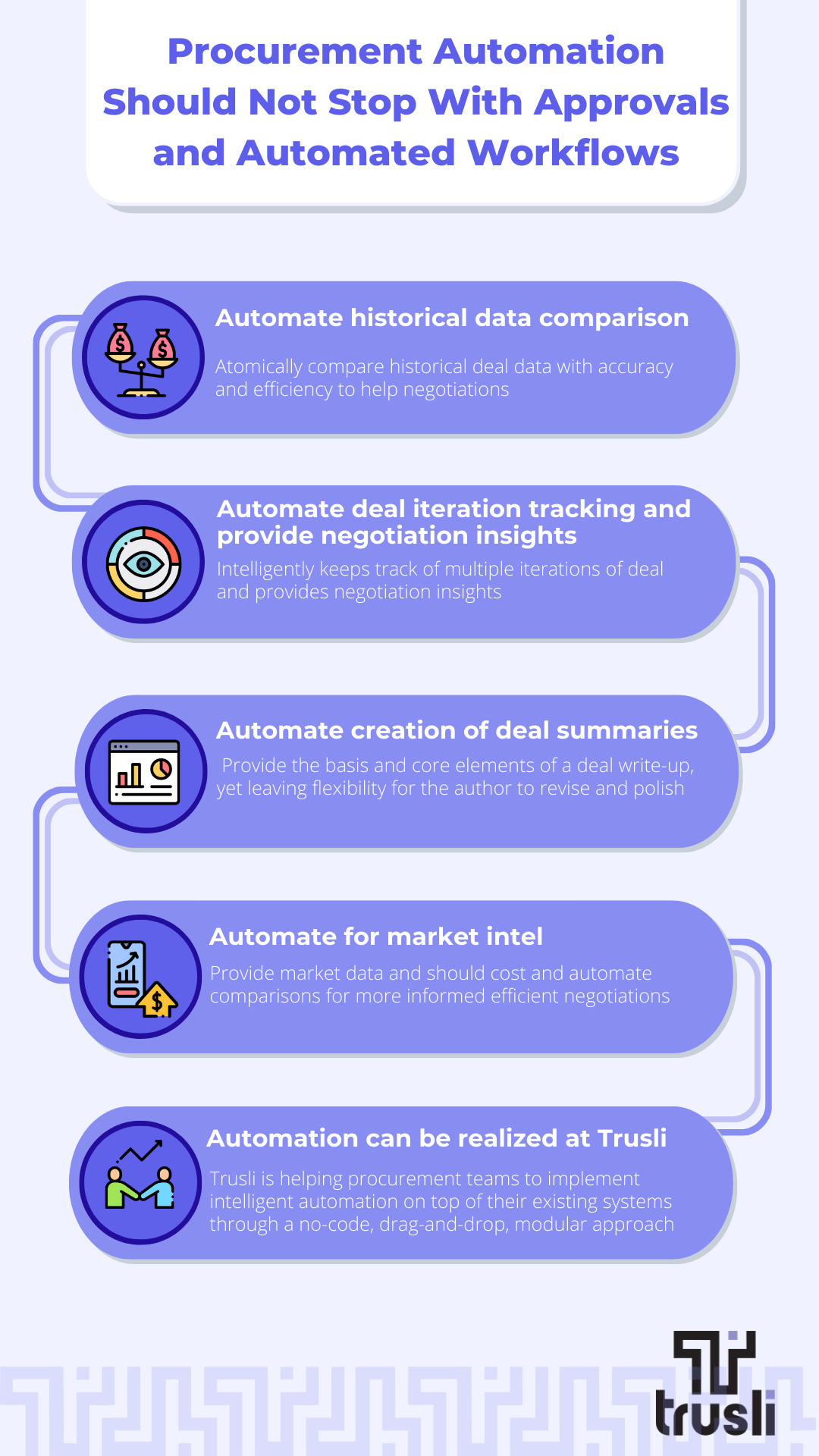 Procurement Automation Should Not Stop With Approvals and Automated Workflows

Recently, we have discussed how to best begin deploying AI and technology in support of lawyers. But what about procurement? 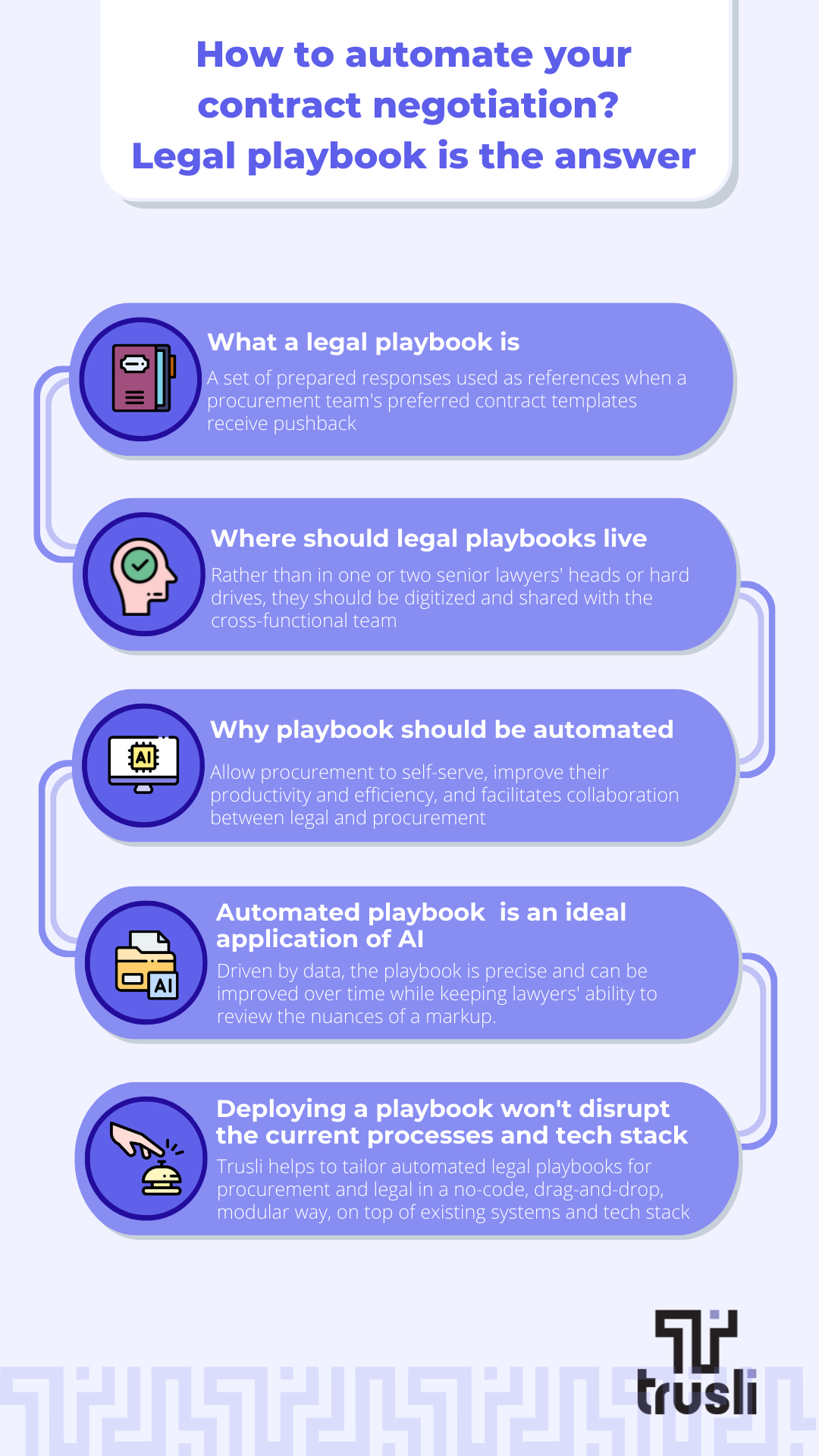 How to automate your contract negotiation? The legal playbook is the answer

When it comes to lawyers using AI and technology, many general counsels and heads of procurement ask us: where is the best place to start? 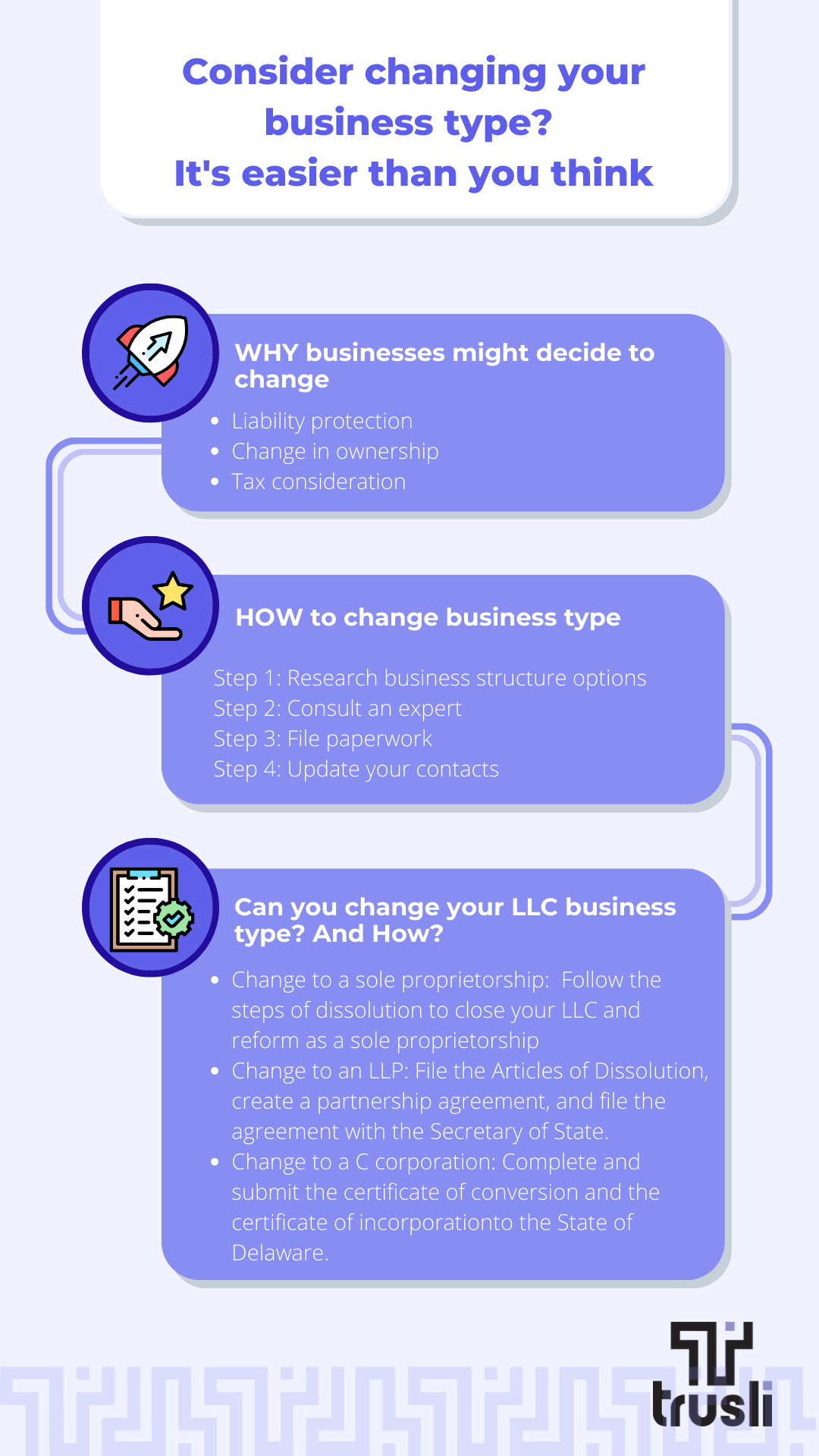 Consider changing your business type? It's easier than you think 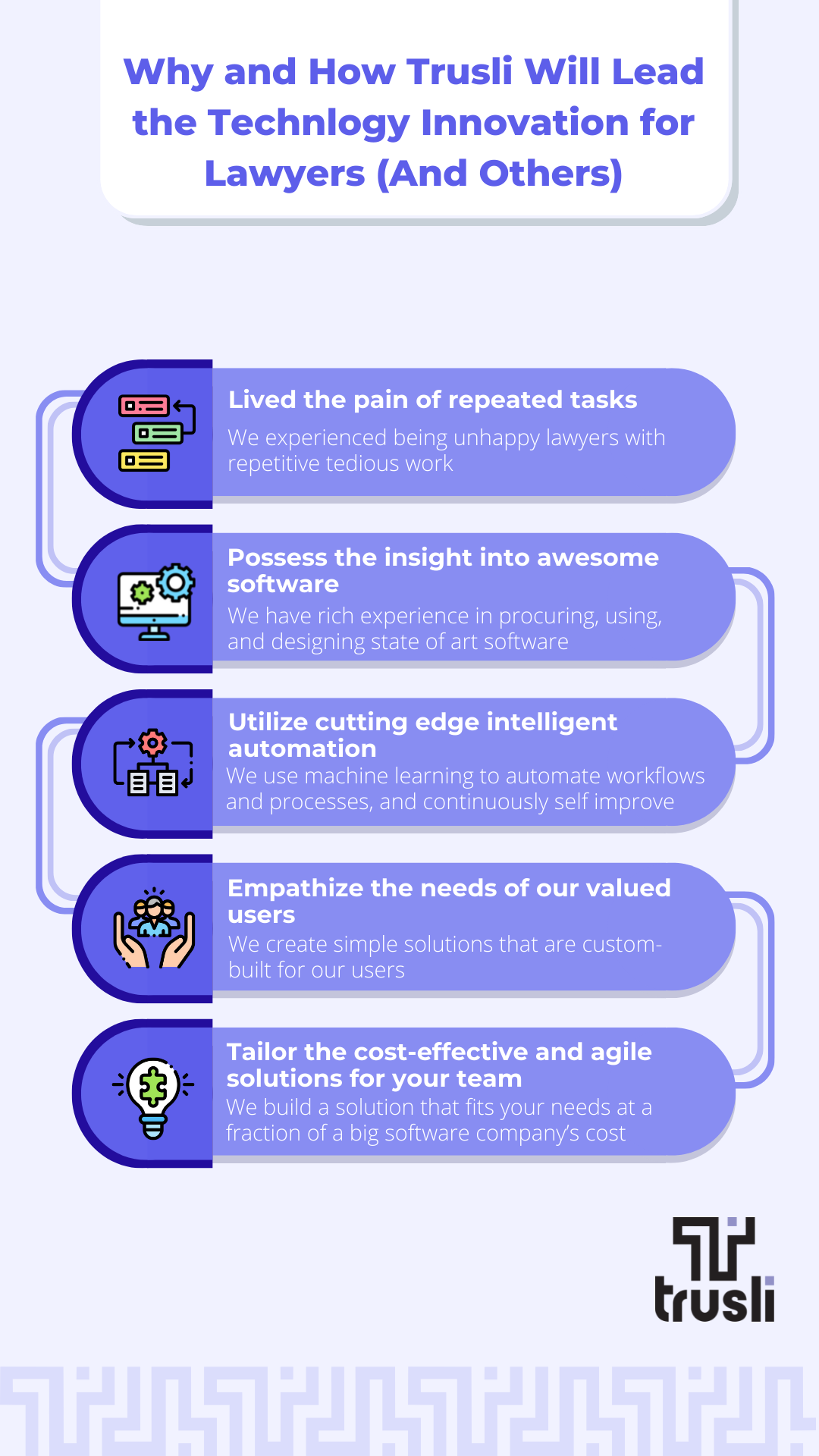 Many of the readers may ask: why you? Why do you believe that you are uniquely positioned to lead technology for lawyers, build lawyer tools, and even for others like in-house departments of tech companies? And if you are qualified, how will you do so differently from others? Here are some thoughts. 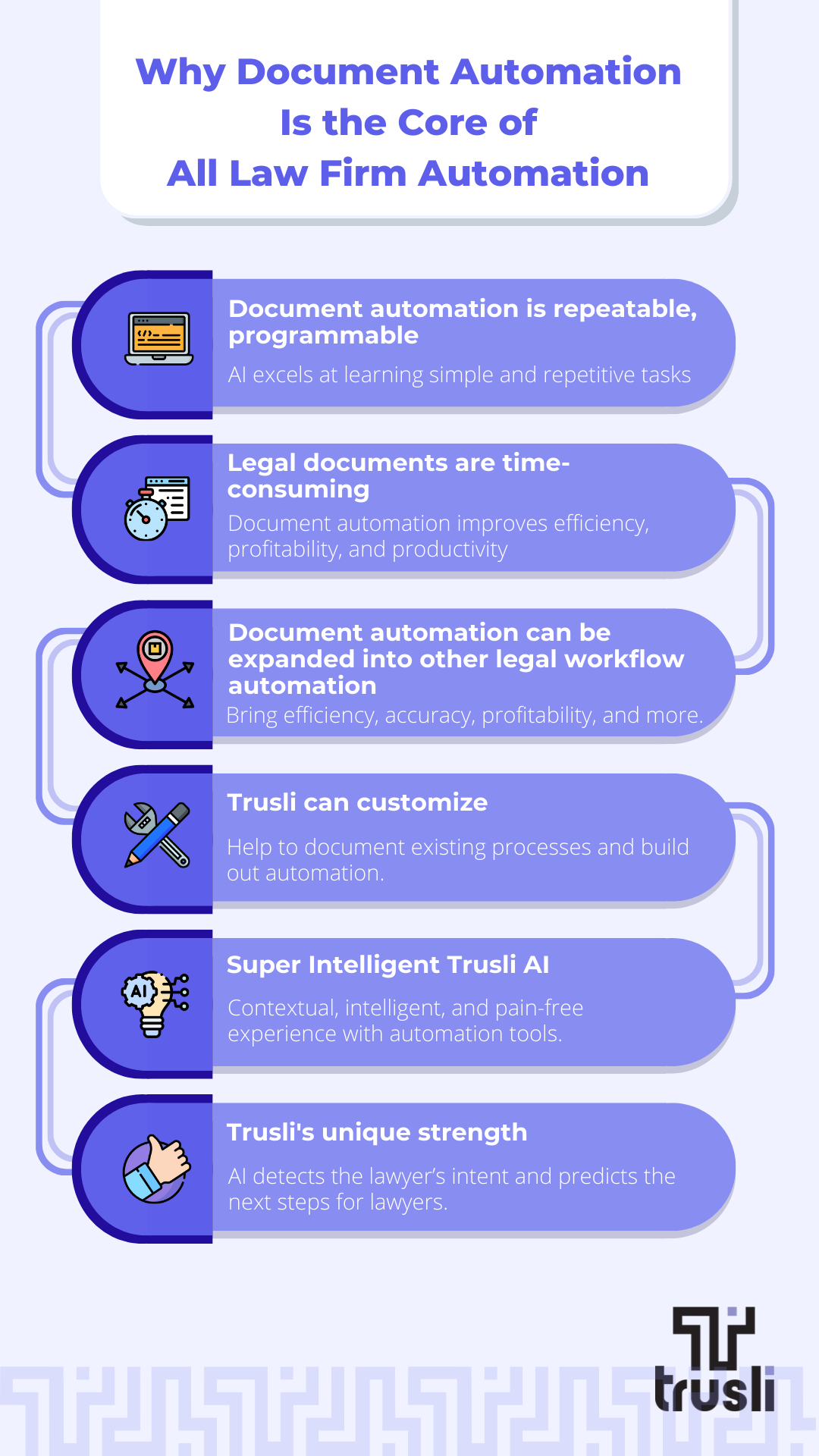 Why Document Automation Is the Core of All Law Firm Automation

While there are tons of processes to automate and apply machine learning for law firm practice management software, a great place to start is document automation for large and small law firms. Here at Trusli, we have developed multiple automation tools that are contextual, intelligent, and pain-free for lawyers. 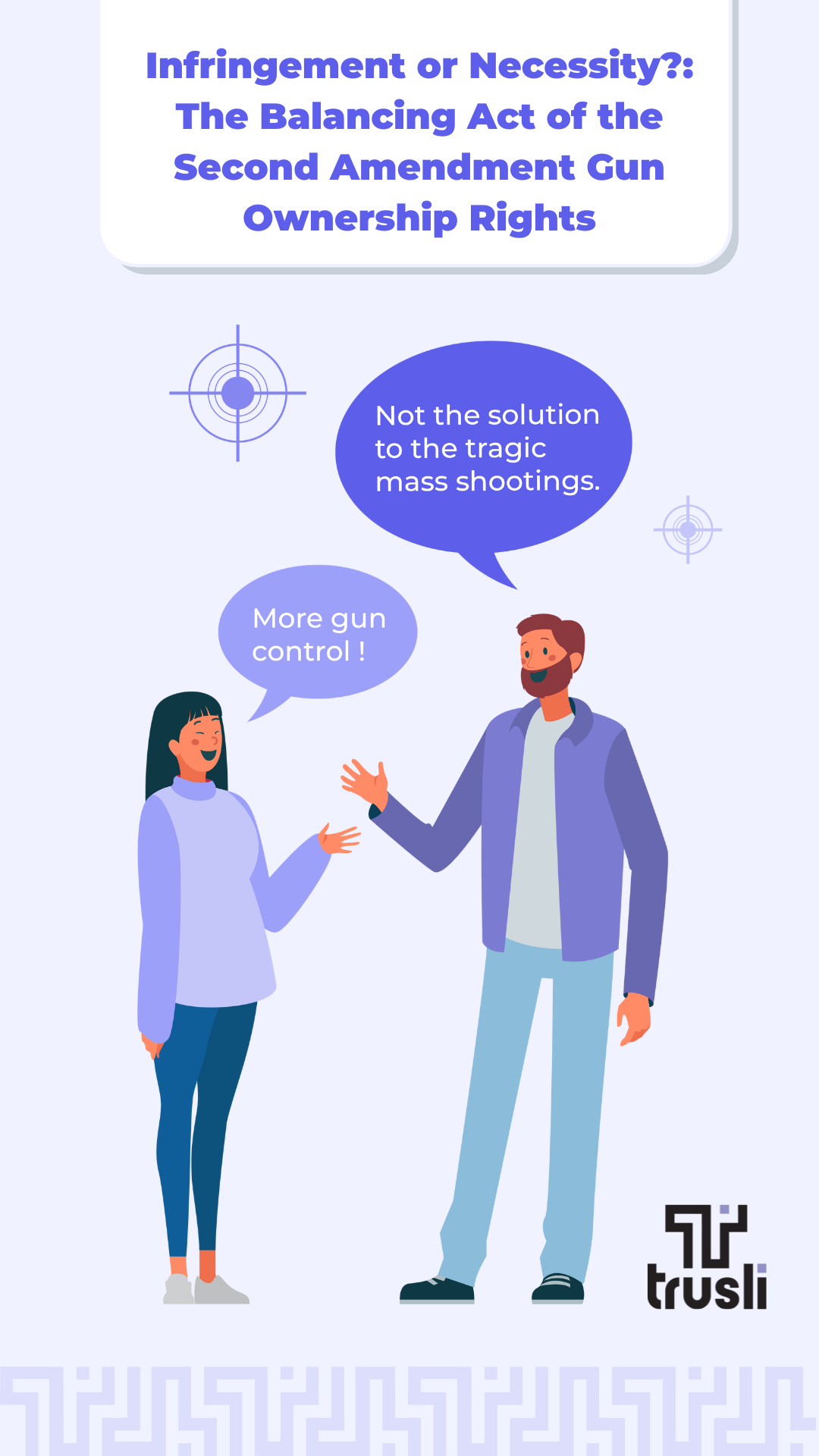 A mass shooting is an incident in which four or more people were shot or killed, excluding the shooter. As of May 31, there were 230 mass shootings in the United States in 2022. This topic has been especially discussed in the media recently after the Uvalde Elementary School shooting where 19 students and 2 teachers were fatally shot by an 18-year-old who legally bought AR rifles just days before the shooting.